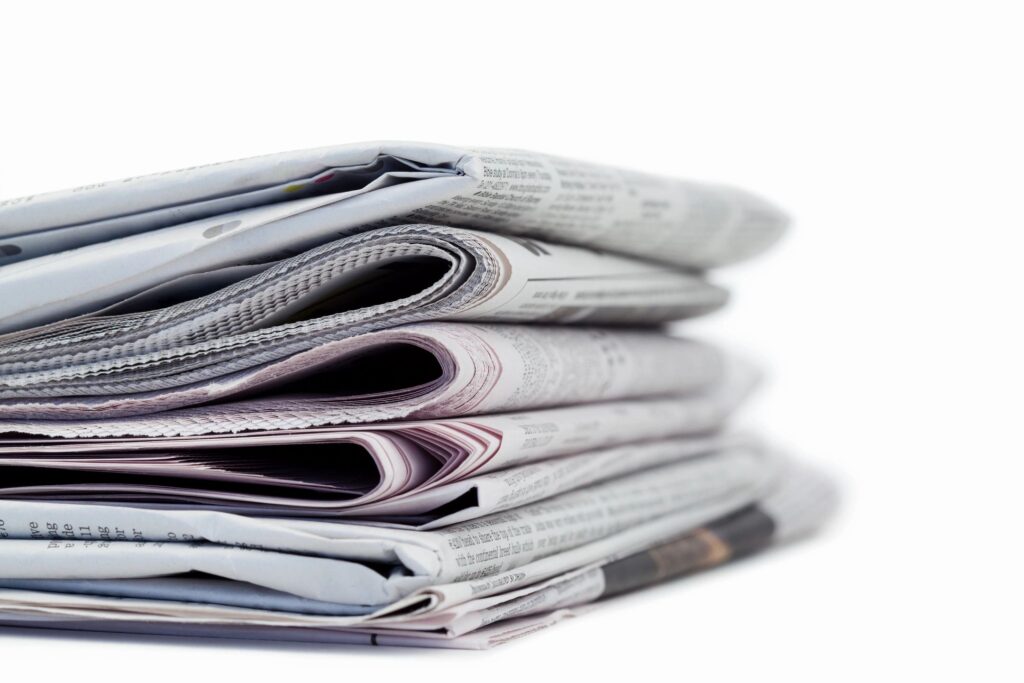 ‘I work[ed] in the WHO reference lab, which is the top coronavirus lab in the world’

Fox – The Chinese government intentionally manufactured and released the COVID-19 virus that led to mass shutdowns and deaths across the world, a top virologist and whistleblower told Fox News host Tucker Carlson on Tuesday.

Yan said more evidence would be released but pointed to her own high-ranking position at a World Health Organization reference lab as a reason to trust her allegation.

“I work[ed] in the WHO reference lab, which is the top coronavirus lab in the world, in the University of Hong Kong. And the thing is I get deeply into such investigation in secret from the early beginning of this outbreak. I had my intelligence because I also get my own unit network in China, involved [in] the hospital … also I work with the top corona[virus] virologist in the world,” she said.

“So, together with my experience, I can tell you, this is created in the lab … and also, it is spread to the world to make such damage.”

Yan’s comments conflicted with the opinion of Dr. Anthony Fauci, director of the National Institute of Allergy and Infectious Diseases and White House coronavirus adviser, who previously cast doubt on the idea the virus was artificially created. In May, he told National Geographic: “If you look at the evolution of the virus in bats, and what’s out there now is very, very strongly leaning toward this [virus] could not have been artificially or deliberately manipulated — the way the mutations have naturally evolved.”

Other scientists have panned the idea that COVID-19 served as a sort of bioweapon or was released by a lab.

Fox News previously reported on Yan back in July, when she blew the whistle on China’s alleged attempts to suppress information about its handling of the virus. With a vast network of contacts in Chinese medical facilities, Yan attempted to gather more information about the virus as China blocked overseas experts from conducting research in the country.

In response, her former employer, the University of Hong Kong, criticized her account. A press release noted “that the content of the said news report does not accord with the key facts as we understand them.”

“Specifically, Dr Yan never conducted any research on human-to-human transmission of the novel coronavirus at [the University of Hong Kong] during December 2019 and January 2020, her central assertion of the said interview.”

Yan, who said she was one of the first scientists in the world to study the novel coronavirus, fled China and currently fears retaliation. She was allegedly asked by her supervisor at the University/WHO reference lab, Dr. Leo Poon, in 2019 to look into the odd cluster of SARS-like cases coming out of mainland China at the end of December 2019.

ZeroHedge – Hours after her unceremonious Twitter ban for, we assume, presenting evidence that SARS-CoV-2 was created in a Wuhan lab, Chinese virologist Dr. Li-Meng Yan appeared on “Tucker Carlson Tonight,” where she told the Fox News host that the virus is a “Frankenstein” which was designed to target humans which was intentionally released.

“It could never come from nature,” she Yan – an MD/PhD who worked with coronavirus at the University of Hong Kong

“There is evidence left in the genome” – which Yan detailed in a 26-page scientific paper co-written with three other Chinese scientists. “They don’t want people to know this truth. Also, that’s why I get suspended [from Twitter], I get suppression. I am the target that the Chinese Communist Party wants disappeared.”

ZeroHedge – In a headline that could soon wind up coming out of the U.S. if Joe Biden is elected President, eight people in Indonesia were forced to dig the graves of coronavirus victims as penance for not wearing their masks when leaving their homes.

The punishment is supposed to act as a “deterrent” for others to not violate Covid-19 guidelines, according to the Evening Standard.

The persons suspected of breaking the rules were caught leaving their homes without masks and, as a result, were ordered to dig graves at a public cemetery in Ngabetan village, according to the report. The offenders were asked to dig the graves in groups of two, but weren’t asked to attend the ensuing funeral services.

“There are only three available grave diggers at the moment, so I thought I might as well put these people to work for them. Hopefully this can create a deterrent effect against violations,” Cerme district head Suyono said.

This follows Anies Baswedan, Governor of Jakarta, issuing new restrictions that don’t expire until September 27 to combat the capital’s outbreak. Crowds on main streets have thinned out since the implementation of the new rules, which were put in place because medical facilities were once again reaching “unsafe levels”.

Infowars – In an appearance with Bloomberg Tuesday, Bill Gates once again dismissed anyone who questions the motives of his global coronavirus vaccination push as a ‘conspiracy theorist,’ calling them “so crazy”.

Host Erik Schatzker stated that “The conspiracy theorists who believe that you helped to create and spread the Corona virus might be easy to dismiss. If there weren’t so many of them,” before asking “has that notoriety become an impediment to your efforts or the foundation’s work yet?”

“Well it’s so crazy to suggest the opposite which is you know we make vaccines and that has save millions of lives to somehow say that the vaccine in general is malign or that you know that the deaths are really taking place,” Gates stated.

“It’s surprising to me how interesting that is. It spreads far more quickly than the truth,” he added.

Gates attempted to conflate questions over vaccines to those who refuse to wear masks in public, stating “The big concern is that if that means that the protection of others like wearing masks or a willingness of enough people to take the vaccine then it absolutely does make things worse.”

“And the idea of how should these social media platforms try and avoid being the source. These sort of weirdly interesting falsehoods. That’s a debate or discussion we’re going to we’re going to have to continue to have,” Gates added.

It isn’t surprising however, that mistrust of Gates’ vaccines continues to spread, given accounts like a recent admission by the UN that a major international vaccine initiative is actually causing the outbreak of the very disease it was supposed to wipe-out.

Venezuelans Protested over 700 Times in August over Lack of Food, Fuel, Water

Breitbart – Desperate Venezuelans took to the streets close to 750 times last month, for around 30 protests per day, according to an analysis from the Venezuelan Observatory of Social Conflict published Monday.

The analysis found that over 300 of the protests were a response to the lack of access to basic public services such as household gas and electricity and drinking water. Restrictions imposed by the Maduro regime because of the Chinese coronavirus pandemic exacerbated the trend.

Breitbart – The city government of Anaheim, California, has asked Gov. Gavin Newsom to issue regulations that allow Disneyland and other theme parks to reopen, after the lack of commerce brought a $100 million shortfall to public coffers.

California’s theme parks have been closed since coronavirus restrictions began in March. While Florida’s Disney World reopened in July, its counterpart in California has remained closed, affecting the local economy throughout the region.

Camu Camu: The Next Great Superfood

Dr. Edward Group – Camu camu (Myrciaria dubia) is a beautiful, fruit-bearing plant native to the flooded areas of the Amazon rainforests. This is a superfruit you should know about! The round, plum-sized fruits contain more vitamin C than oranges and lemons, supporting your immune system. Yet it offers plenty of other health benefits!  Camu camu and its powerful polyphenols also promote healthy aging and longevity, heart health, and weight loss.

Besides having one of the highest vitamin C content of any fruit on the planet, camu camu has an incredible nutrient profile. High in flavonoids, anthocyanins, and polyphenols, from quercetin to betulinic acid, you can’t go wrong with this fruit.

What Makes Camu Camu A Superfood?

Camu camu has a wonderful array of nutrients that provide health benefits beyond mere nutrition. The berry pulp, seeds, and skin are loaded with antioxidants that protect the body from the cell-damaging effects of free radicals.  This has earned it a place alongside other functional foods — ones that provide benefit beyond nutrition.

Below are some details of why you want to add camu camu to your day!

Camu camu’s nutritional composition is second to none. For starters, the fruit has a ton of vitamin C — also known as L-ascorbic acid. Along with acerola cherry, another tropical fruit, camu camu falls among the most vitamin C-rich foods on the planet.[1] Every 100 grams of fresh weight camu camu contains 1882 to 2280 mg of plant-based vitamin C, depending on the stage of maturity.

Vitamin C itself is itself a powerful antioxidant, but camu camu contains several other natural phytochemicals that add to its free radical scavenging abilities. It contains polyphenols, flavonoids, and more!

Like other superfoods, camu camu is a nutrient-dense food with many benefits. Below are the top four health benefits this tart fruit provides.

Collagen Power-Plus – Fortified with a wild, raw mineral source, silajit, from the Himalayan mountains. A fulvic acid-rich complex silajit acts synergistically with collagen to maximize its potency. Wild camu camu is also added which greatly enhances a healthy collagen response. For supporting a healthy inflammatory response rosemary and ginger are added.  Collagen Power-Plus is the most potent hydrolyzed collagen supplement known. This is 100% non-feed-lot bovine-collagen, predigested through a special enzymatic process. Beware of cheap imitations made from GMO-tainted feed lot sources.

NaturalNews – Silken tea bags can release billions of microplastic particles into a single cup of tea, according to a study published in the journal Environmental Science and Technology. These premium tea bags often come in pyramid shapes and are partially made of plastic. When hot water is poured, it sheds tiny plastic particles that mix with tea, said researchers from McGill University.

Co-author Nathalie Tufenkji, a professor of chemical engineering at McGill, ordered tea from a Montreal cafe one day. She was given a tea bag that appeared to be made from plastic. She asked graduate student and co-author Laura Hernandez to buy different tea bags from the store to have them studied. The tea bags that were examined were made of polyethylene terephthalate, which is the same material used to make plastic bottles.

The researchers found that a plastic tea bag steeped at 203 degrees of hot water sheds around 11.3 microplastics and 3.1 nanoplastics in a single cup. That’s several times more than other foods and beverages commonly contaminated with plastics.

“We were shocked when we saw billions of particles in a single cup of tea,” said Tufenkji. “We think that it is a lot when compared to other foods that contain microplastics.”

For example, recent research found that a liter of bottled water contains roughly 10 to 10,000 plastic particles depending on the brand. Table salt, a food ingredient with a relatively high microplastic content, has about 0.005 micrograms (mcg) of plastic per gram of salt. On the other hand, a cup of tea has 16 mcg per cup, which is thousands of times greater than table salt.