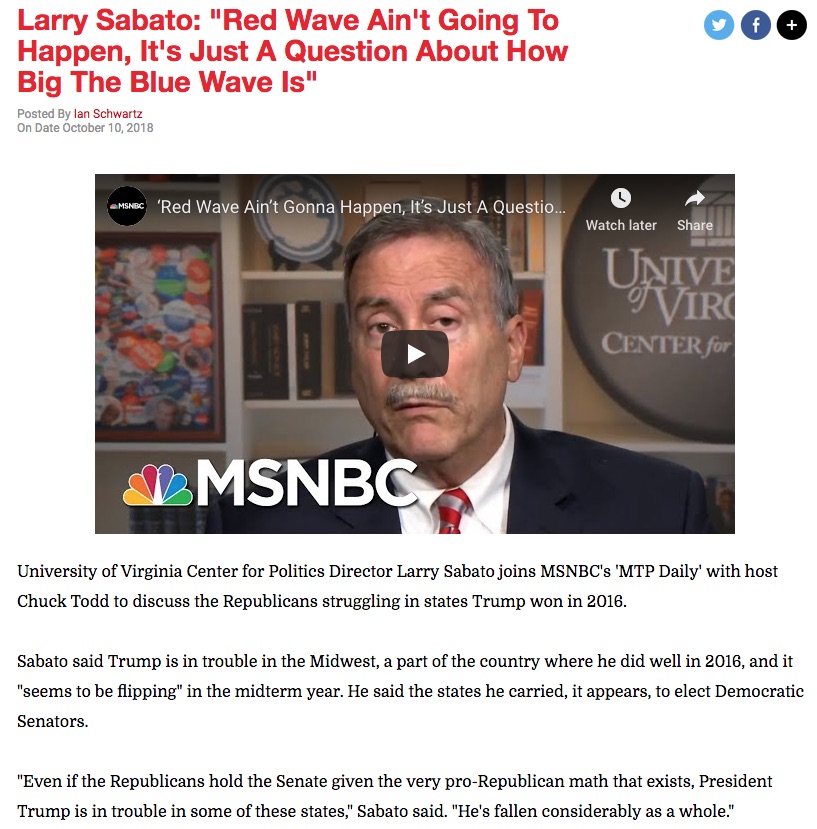 The CIA began infiltrating the media in the 1950s, where by 1975, William Colby, then its Director, testified to Congress that the agency “owned everyone of any significance in the media” — and where the situation had only become worse over time. Carl Bernstein followed up with an article in Rolling Stone, “The CIA and the Media” (20 October 1977), in which he quoted high officials of the agency boasting that their greatest successes have been with The New York Times, CBS and Time-Life. During that era, if you controlled The New York Times, CBS and Time-Life, you had a lock on the dissemination of news within the United States.

The situation has changed dramatically with the emergence of the Internet, which Preston James, Ph.D., The New Gutenberg Press (2018), has likened to the greatest innovation in the history of print for facilitating the distribution of news around the word at roughly the speed of light. It has come as no surprise, therefore, to discover that the Social Media Giants (Google, YouTube, Facebook, Twitter) and now being used against the free expression of opinion by adopting a political bias favoring liberal and progressive policies and censoring — including deleting videos and blogs, such as my old one — to promote their preferred agenda.

So the agency is pulling out all the stops to benefit the Democrats in the coming mid-term elections. The Kavanaugh hearings, which were used to weaponize the #MeToo movement, have not only stopped the expected “Blue Wave” but energized Republican votes to the extent that they now are tending in the direction of overtaking the Democrats, where the agency is pulling out all the stops to defeat the GOP. I have predicted the Democrats will lose from 3 to 5 seats in the Senate and only run even in the House, but events between now and then could make a difference. Enter Larry Sabato, who qualifies as someone of significance in the media.

My suspicious of Sabato have been of long standing, when I discovered that he was endorsing The Warren Report (19864) and promoting the fantasy that Lee Oswald was the lone gunman responsible for the death of JFK. Having taught at the University of Virginia, where he is on the faculty, I wrote to the UVA student newspaper, The Daily Cavalier, which published my critique of his performance. The agency knows that a certain segment of the public are affected in casting their vote to be on the side of the winner; hence, Sabato’s feeble attempt to resurrect the notion of a “Blue Wave”, which is not coming, for the sake of the agency’s interests.

As a long-time student of the death of JFK and a former visiting member of the University faculty in the department of philosophy, I was fairly astonished to watch Larry Sabato, Ph.D., a prominent member of your faculty, maintain to a national television audience that, even though the Warren Commission’s investigation was bungled, it correctly identified Lee Oswald as the “lone, demented gunman.”

Knowing how much of the evidence that it had relied upon was planted, fabricated or faked, that struck me as a virtual admission that the Warren Commission had framed Lee Oswald, but he had done it, after all. Since it should not have been necessary to frame a guilty man, I wrote the following letter to Dr. Sabato:

I just watched you with Krystal Ball talking about your book, which claims that, while the Warren Commission has its reasoning wrong, it still had its conclusion — that Lee Oswald was the lone demented gunman — right. As a retired professor of philosophy who spent 35 years offering course in logic, critical thinking and scientific reasoning, I have to ask, how do you know? Since you discount the evidence presented by the Warren Commission, what is your proof?

In the brief for your book on amazon.com, it states, “Sabato reexamines JFK’s assassination using heretofore unseen information to which he has had unique access…” What information could that possibly be? I have spent more than 20 years investigating the case with the best qualified experts to have ever studied it, have three edited books on his death—Assassination Science (1998), Murder in Dealey Plaza (2000), and The Great Zapruder Film Hoax (2003)—and I am fascinated that you might have “new information.”

Given your background, I have to ask if you have made any studies of the medical evidence in this case, which is especially complicated, involving altered X-rays and fake autopsy photos. At Parkland the wound was described as the size of your fist when you double it up, but at Bethesda it had grown to a huge wound close to 1/3 the size of his skull, yet the HSCA reduced it to a small entry at the crown of his head. I am attaching a comparison of those descriptions. How do you explain this?

The proof of conspiracy in this case is actually very simple. All you have to do is locate where JFK was hit in the back. Without the “magic bullet” theory, the Warren Commission — and the case for a lone gunman — falls apart. Are you aware that the “magic bullet” theory is not only false but provably false and, indeed, not even anatomically possible? I attach a peer-reviewed article establishing this, which I presented during a conference at Cambridge. I would be grateful to know what I have wrong.

As someone who has admired your work in the past, I am concerned.

The article I attached, “Reasoning about Assassinations”, was one that I had presented at Cambridge and published in an international, peer-reviewed journal. After all, as Michael Baden, M.D., the head of the HSCA medial panel when it had reinvestigated the case in 1977-78, had observed, if the “magic bullet” theory is false, then there had to have been six shots from three different directions.

Baden was right on all counts, but he was unwilling to concede that the “magic bullet” theory is not only false but both provably false and not even anatomically possible, as I have shown. I was therefore disappointed to hear back from an assistant, who said that, while Dr. Sabato admired my contributions to the study of the assassination, he was too busy with interviews to respond to my inquiry.

The assassination of JFK marks a turning point in American history from which we as a nation have yet to recover. It is apparent to me that either Larry Sabato does not know enough about the case to get it right or he knows better and has an agenda to get it wrong. In the first case, he is incompetent; in the second, he is complicit. I wish it were not so, but I know enough to declare it, which I am willing to defend in a public debate on the campus of Mr. Jefferson’s University.

James Fetzer is a professor at the University of Minnesota Duluth.

Jim Fetzer, a former Marine Corps officer, is McKnight Professor Emeritus on the Duluth Campus of the University of Minnesota and co-founder of moonrockbooks.com.