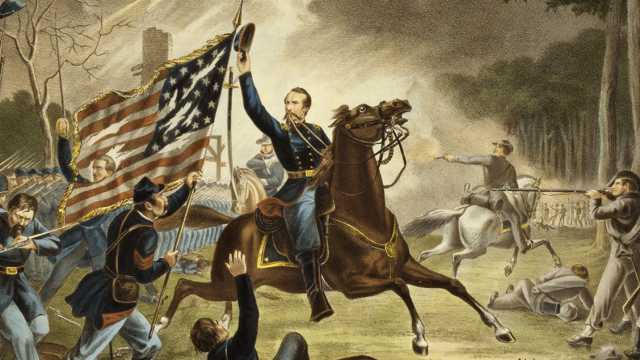 There has been a great deal of hyperbole (hype) about the political battles going on in the great State of Virginia. Indeed, this hype has been coming from all sides, including some from “patriot” groups and well-meaning gun rights organizations. Of course, we have seen the same ol same ol from the leftist media that has added fuel to the frenzy. The truth is that the next Civil War is not about to happen and an armed standoff is NOT even close to being the solution. Everyone needs to calm down and let Virginia work this out. There are lots of things happening there that are absolutely wonderful, perhaps even miraculous.

Again we have lawmakers breaking the law, violating their oaths, and showing a complete disdain for the Constitutions. But we also have the sheriffs of Virginia standing strong and doing their jobs, keeping their oaths to serve, protect, uphold, and defend. Furthermore, there are now over 105 cities and counties in VA that have declared themselves to be Second Amendment Sanctuaries. This is amazing, and as I said, perhaps even miraculous!

Martin Luther King said, “One has not only a legal but a moral responsibility to obey just laws. Conversely, one has a moral responsibility to disobey unjust laws.” This is a very true and principled statement. The sheriffs of VA and everywhere else in this country have no lawful or moral obligation to enforce unjust or unconstitutional laws; quite the contrary. Sheriffs and Chiefs of Police in the States of Washington and New Mexico are also taking similar stands. Several other States have done likewise. The famous city of Tombstone, AZ has declared itself a safe haven for the Second Amendment. These actions by American hero Public Officials and Peace Officers are not creating a “Civil War,” they are preventing one. They are not creating an atmosphere of violence, they are preventing it.

So, let’s all calm down and let the sheriffs in VA do their jobs and be ready to support them if and when needed. They will let us know if they need some assistance. Thus far, they have not asked for any help and we should all respect that. There is no “Civil War.”

1 thought on “Civil War In Virginia?”